One more time the team at Tamara Catz put together an amazing event for the brides on Maui. Champagne and local Kombucha by Big Wave Organics were served while brides and their friends joined us to celebrate and were help to find that special dress with discounts up to 75% off! The sale continues through the week-end so if you are in town please stop by and indulge your senses with this exquisite collection, Aloha! 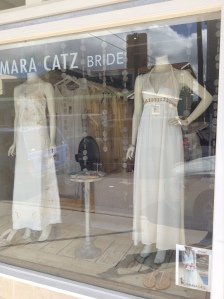 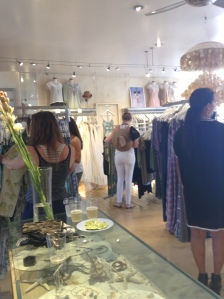 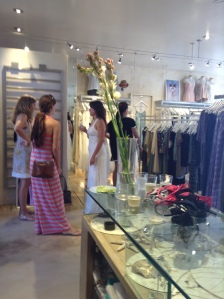 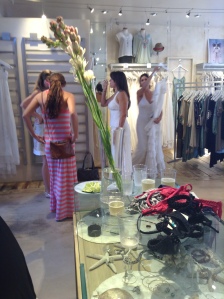 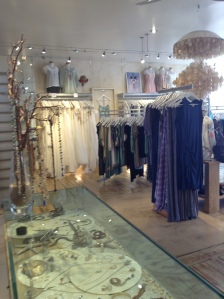 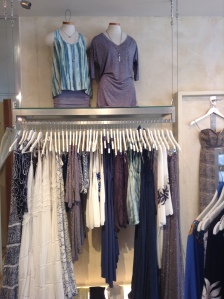 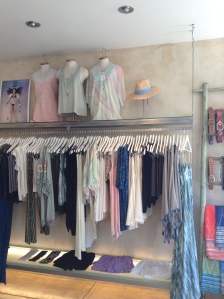 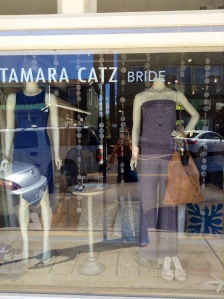 New Collection Just Arrived! New bubble jersey prints in stylish yet comfortable styles like strapless jumpsuit, 3/4 sleeve short dress, and wide pants with crochet inserts at hem. Sunset colored chiffon kimono jackets and long maxi hand batiked dresses. So many styles to choose from, all timeless and gorgeous…come by to see it in person, it may take a while to have these styles available online, or they may never make it, it is a limited collection!
Aloha from Paia! 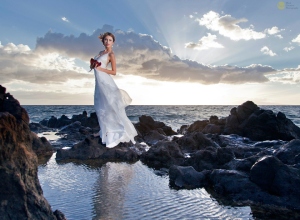 We recently joined forces with Maui’s best for this fun, stylized bridal shoot. Meili Autumn worked her magic with the ladies’ hair and makeup, while Tamara Catz provided these exceptional bridal dresses. From the jungle to the sea shore, we incorporated elements of the islands to tell a story of two modern Hawaii brides. 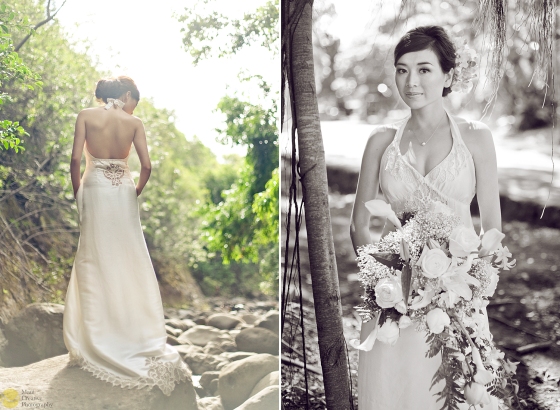 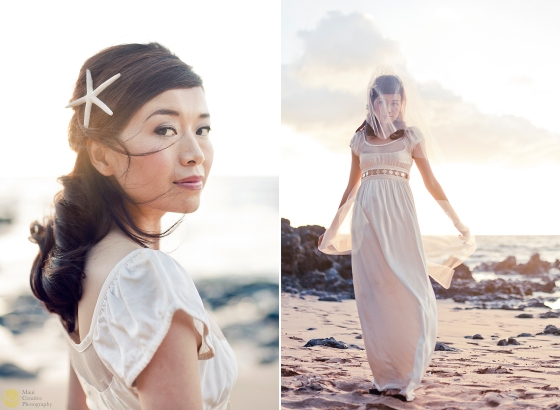 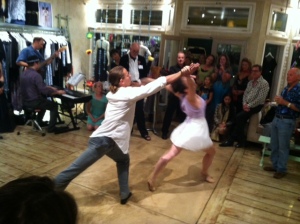 While walking around sleepy Paia town after closing time you could hear the live Jazz music radiating from Tamara Catz Boutique. The dancers of ADT, took the spotlight and put on a performance of a life time. More than 100 people took over the store to be inspired and amazed. Bringing the community together through art, fashion and dance.
CREATE, PERFORM, INSPIRE!

To find more info on ADT please visit their website at http://www.adaptationsdancetheater.com

Francisco Goya and Tamara Catz with their son, Teo, and daughter, Luna

Shannon Wianecki | Photo: Nina Kuna | May 2, 2013
Thanks to one pair of adventurers, Maui’s North Shore is now home to Hawai‘i’s latest and, perhaps, chicest group of émigrés: the Argentinians.

Meet two of the best neighbors to have on Maui: world champion windsurfer Francisco Goya and his wife, fashion icon Tamara Catz. Big dreamers and savvy entrepreneurs, they build sturdy foundations under their castles in the sky and then invite everyone over to share in their success. Since Catz and Goya met on Maui, these truly trendsetting porteños, or natives of Buenos Aires, have become the anchors of a growing community of dashing Argentinian expats.

It all began when Goya was just 18 and followed the wind to Maui in 1989. The windsurfing scene was exploding, and the sandy-haired athlete wanted nothing more than to ride the best waves on the planet. Back then, he says, he was one of only two Argentinians on the island. Then, in 1993, he met Catz. It’s hard to imagine now, but the talented, young clothing designer had difficulty adjusting to island life. “I came from a big city with 10 million people. I was not a country girl in any way!” confesses Catz. “I hadn’t yet discovered the power of nature to inspire me.”

Goya didn’t need convincing. “For windsurfing, it doesn’t get any better anywhere else in the world. You can’t duplicate the wind and the waves here on Maui.” Capitalizing on this perfect environment, Goya opened a sail loft and factory in Ha‘ikū—mere minutes away from the prime surf spots where he could test his equipment in the elements. His two brands—Goya and Quatro—feature some of the sport’s most cutting-edge and creative designers. And while Goya’s loft is closer to jungle than city, it has all the luster of an artist’s studio in Soho.

Eventually, Catz got into the Maui groove, too, launching a fashion line to meet the needs of stylish islanders. Before long, her designs made their way off the island and right into the pages of Sports Illustrated, Lucky, InStyle and Vogue among others. In 2005, she opened her flagship boutique on Hāna Highway.

“People asked me, ‘Really? You’re going to invest in Pā‘ia?’” Catz recalls. At the time, Pā‘ia was a hippy surf town that had plenty of charm, but lacked sophistication. That all changed after Catz transformed her storefront into a stylish enclave. Other shop owners followed suit. In fact, next door to Catz’s boutique, her brother-in-law, Alejandro Goya, opened Paia Contemporary Gallery. Though small in space, it packs an aesthetic punch, regularly showcasing museum-quality modern artists.

It’s clear that Goya and Catz are sharing this same kind of irrepressible enthusiasm with the next generation. Their daughter, Luna, and son, Teo, spend half the year attending Haleakalā Waldorf School and the other half accompanying their globe-trotting parents on adventures. Perhaps, the Argentinian wave in the islands has only just begun. 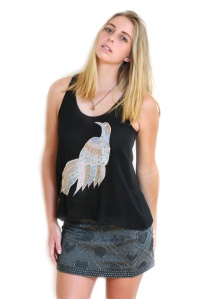 Easy and Fun, to dress up or down with these embroidered one of a kind Tamara Catz tanks. Our favorites in Maui and Venice to wear over jeans, shorts or these cute embellished skirts. Fit everyone, with love and Aloha!

In Maui, she designs wedding dresses, casual wear, caps, swimwear, even dresses made out of the surfer’s rash guards for her self-named brand Tamara Catz. For manufacturing, she makes her island fashions in yet another island paradise, this one an ocean away in Bali.

But she went mainland recently. Last month, she opened a pop-up shop in the surfy-hipster neighborhood of Abbot Kinney Boulevard in Venice. The pop-up is scheduled to close sometime in June. But Bethany, manager of the Venice store, (wearing rash guard top) says that the island designer plans to keep an outpost around Venice. Mahalo! 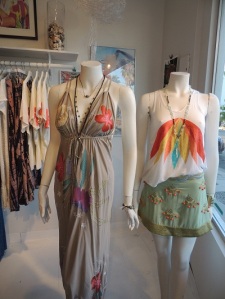 find us on Maui